Are you hungry for some high-end old school Black Metal? These guys from the land of ice and snow are here to provide you all the apocalyptic madness and derangement you want to listen to. 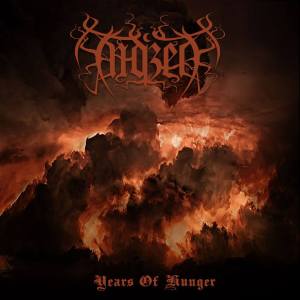 Heavy music in Finland has become famous and respected worldwide due to the Melodic Power Metal by Stratovarius, Nightwish and Sonata Arctica, the Hard Rock by Lordi, the Melodic Death Metal by Children of Bodom, the Dark Rock by HIM, among other great bands and artists. However, If you want to listen to some really badass raw Black Metal, that’s not the best place to go according to what most people say. You should try your luck in other Scandinavian countries like Norway or Sweden, right? Well, let me tell you the beautiful land of ice and snow also has some high-quality extreme metal to offer you, a million light-years more brutal than any of the aforementioned bands.

Founded in 2012 in the city of Lahti, located around 100km from the capital Helsinki, Finnish Raw Apocalyptic Black Metal band Endzeit couldn’t sound more Black Metal than this, with absolutely no shenanigans or any type of soft stuff added to their musicality. Dealing with controversial subjects such as religion, the apocalypse and the absence of an optimistic future (triggered by the decay of the city of Detroit, where modern capitalism has failed), their debut EP entitled Years Of Hunger might be relatively short, but it’s a 100% ruthless metal feast that will leave you totally disoriented, which of course is a good thing in Black Metal.

And there’s no “calm before the storm” in Years Of Hunger: the intro Inception is already apocalyptic (were you expecting anything different than that?), setting the stage for the obscure Hunger, with its traditional Black Metal riffs and drums at the speed of light creating that characteristic somber and chaotic atmosphere found in extreme music, intensified by the excellent demonic vocals by singer Schwarz. In other words, it’s perfect for diehard black metallers searching for new bands but with an old school approach. Following that havoc, we have Godless, slightly heavier than the previous track due to its awesome disturbing riffs, and especially due to the insane drumming by Samuli.

The last original composition by Endzeit is the amazing song Life?, where a dark choir in the background “beautifully” complements the intense tremolo picking riffs, creating an even more frightening atmosphere. Besides, I guess I don’t need to say how pessimistic and acid the lyrics are, right? Anyway, an awesome thing about Endzeit is that they manage to play the most deranged type of extreme music you can imagine, but it’s so professional and melodic you actually feel good listening to it. That’s corroborated by their sick cover version of The Dawn No More Rises, originally recorded by Swedish Black Metal icons Dark Funeral in their classic debut album The Secrets of the Black Arts (1996). I personally find this track an awesome “bonus” Endzeit offer us in this EP, very honest to the original but with the band’s own modern and diabolic touch to make it unique.

In my humble opinion, if Enzeit release a full-length album as good as Years Of Hunger EP, available at their official BandCamp page, the “map” of Black Metal might suffer a few changes in a near future, even moving its “capital” to the city of Lahti. Years Of Hunger will surely satisfy your current hunger for high-quality old school Black Metal and, of course, leave you eager for more of Endzeit’s apocalyptic brutality directly from ice cold Finland.

Best moments of the album: Hunger and Life? are truly kick-ass songs.