A new formation on the landscape of the Ukrainian Black Metal scene reveals the dark side of idolatry on human life and demonstrates the result of this pernicious influence in their debut full-length opus. 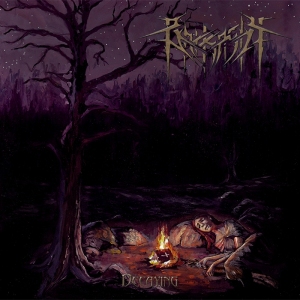 It’s time to get devilish, heavy and blasphemous with the interesting fusion of classic Black Metal with Melodic Black Metal and Blackened Doom blasted by a four-piece act hailing from Ukraine comprised of Arkhonth on guitars and vocals, Goreon also on guitars and vocals, Hagalth on bass and Malet on drums, collectively known as Barkasth. Formed in 2015 in Kharkiv, the second largest city in Ukraine located in the northeast part of the country, Barkasth are spreading darkness not only in their homeland but everywhere else in the world with their debut full-length album, simply titled Decaying.

A new formation on the landscape of the Ukrainian Black Metal scene, Barkasth’s source of inspiration is a radically negative attitude towards religion, in any of its manifestations, as the main cause of obscurantism and distorted perception of reality – the main indicator for the level of ignorance of a contemporary man. Throughout the seven unrelenting tracks in Decaying, this Stygian horde reveals the dark side of idolatry on human life and demonstrates the result of this pernicious influence. In other words, the music by Barkasth presents no artificial elements nor any other type of shenanigans added to it, going straight to the point and showing the world Black Metal is still one of the most effective weapons against all forms of religion.

And the opening track Begging By Freaks comes crushing with a classic and epic beginning that beautifully evolves into a mid-tempo, blackened sonority where harsh and demonic growls are supported by the scorching riffs by  Arkhonth and Goreon. Put differently, this is a sulfurous and austere display of Melodic Black Metal infused with elements from Blackened Doom and traditional Doom Metal that will please all fans of the genre, whereas an even darker atmosphere serves as the background for the hellish Alone, with Malet delivering rhythmic but at the same time fierce beats while the harsh vocals by Arkhonth exhale blasphemy and hatred, all enfolded by a mesmerizing vibe. And in Blood & Flesh the band accelerates their pace, therefore reaching a more traditional Black Metal sonority with Malet delivering sheer darkness through his blast beast while Arkhonth growls like a true Black Metal veteran, turning it into one of the top moments of the album without any doubt, also showcasing cutting riffs that will pierce through your ears in a violent manner. 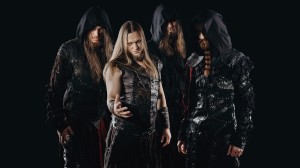 Soul Away gets back to a more introspective and obscure hybrid of Black Metal and Blackened Doom, with Arkhonth and Goreon, together with bassist Hagalth, shredding their strings mercilessly, while all the growling and roaring gets as deep, reverberating and demonic as possible; but it’s when they focus on their darkest and most aggressive Black Metal side that they truly thrive, and the title-track Decaying is the perfect depiction of that, with the entire band sounding flammable and infernal, in special Malet with his always demolishing and melodic beats. Then their disturbing and demonic vein arises once again in the visceral hymn Shepherd, with the sound of guitars penetrating deep inside your flesh amidst a feast of desperate and deep roars, not to mention how vile the whole ambience feels. Lastly, as the icing on the cake we have another cryptic, low-tuned aria of darkness entitled …Where Was The Son Of God, where the Doom Metal-inspired beats by Malet are flawlessly complemented by the guitar duo’s anguished lines, resulting in a captivating and very harmonious ending to the album.

Decaying, which is available for a full (and darkened) listen on YouTube and for purchase from the band’s own BandCamp page or from the Svarga Music mailorder, might be far from being a masterpiece or a reference in Black Metal, but that doesn’t mean it’s not an extremely well-crafted and solid album by this hardworking quartet, positioning Barkasth as one of the most promising new acts from the Ukrainian scene and definitely a band to keep an eye on in the coming years. Especially if, just like Barkasth’s band members, you also believe religion is one of the main factors in the imminent and inevitable downfall of our rotten society.

Best moments of the album: Blood & Flesh and Decaying.