An impending opus of Scandinavian-inspired Black Metal infused with the bitterly cold and somber sounds of the Pacific Northwest, generating a stunning and vicious atmosphere that will beautifully embrace your soul. 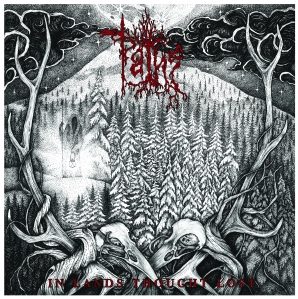 Formed in 2013 in the city of Victoria, in the Canadian province of British Columbia, by vocalist and multi-instrumentalist Michael Taylor, Atmospheric Black Metal project Paths has evolved from its psychedelic-laced Black Metal beginnings to embrace more of a grand in scope atmosphere, more properly upholding and defining the beauty of their surroundings through the dense music they create. Hence, that evolution in the music by Paths is beyond clear with their impending third full-length album, entitled In Lands Thought Lost, a powerful and dense fusion of Scandinavian-inspired Black Metal with the bitterly cold and somber sounds of the Pacific Northwest, generating a stunning and vicious atmosphere that will beautifully embrace your soul.

Featuring an austere artwork by Sólfjall Design, as well as Austin Lunn from Panopticon as a sessions drummer (who by the way volunteered to re-record drums for the album to replace Michael’s carefully constructed synthetic drums for a more organic result), In Lands Thought Lost can be considered the most stylistically developed full-length from this crushing musical entity known as Paths, uniting melody and atmosphere in a puissant Black Metal vibe that summons your spirit back to the 90’s in each of its five distinct but thoroughly connected songs, showcasing how focused Michael was when writing this amazing album of extreme music.

In the opening track, a multi-layered and visceral creation titled Nights Tomb, a short intro explodes into brutal and atmospheric extreme music, with Michael becoming a beast with his demonic gnarls and crushing riffage while Austin makes sure the music flows demonically with his blast beats, invading your mind like a giant dark wave of sounds. Then we have To Brave The Storm, another classic and vibrant Atmospheric Black Metal extravaganza sounding and feeling more melodic and anguished than its predecessor, with Michael being flawlessly supported by the unstoppable Austin and his rhythmic beats and fills, with the song’s visceral guitar lines emanating a mesmerizing and creepy vibe from start to finish. And the song’s abrupt finish sets the stage for the melancholic Creaking Boughs, also traveling through the realms of modern Atmospheric Black Metal, with the intensity of the beats growing together with the lancinating growls by Michael, who also fires some delicate guitar solos embraced by the song’s furious ambience. Furthermore, a gentle break provides the listener some time to breathe, before the music once again bursts into blackened sounds and tones. 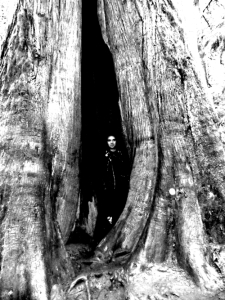 The following tune, entitled The Everbright Land, kicks off in full force with Austin taking the lead with his demolishing beats, while Michael makes sure his growls and gnarls are in total sync with his obscure guitar lines and background phantasmagorical keys. Moreover, his bass lines also bring thunder to the musicality in the most Black Metal of all songs, with the music remaining disturbing, harmonious and electrifying in its entirety for our total delight. And finally, ethereal sounds ignite the longest and most intricate of all songs, South Ever South, blending the introspection of Doom Metal with the band’s characteristic Atmospheric Black Metal, with its bass lines presenting a mournful tone in contrast with the enfolding sound of the keyboards. Sometimes their most Black Metal side dictates the rhythm, sometimes it’s their doom-ish and atmospheric vein that takes the lead, until desolate and Stygian sounds put a climatic end to Paths’ obscure journey.

In summary, In Lands Thought Lost is not only a top-of-the-line album of Atmospheric Black Metal highly recommended for fans of the genre, but the precision and dedication the mastermind behind Paths, the aforementioned Michael Taylor, put in the development of the album is so compelling to the point all of us fans of extreme music should start beginning him to turn Paths into a full-bodied group or at least into a live band, allowing us to admire his music in the most organic way possible, which is on stage. I have no idea if that’s ever going to happen, but we can all go “bother” Michael on the project’s official Facebook page, and of course inspire him to write more music by purchasing In Lands Thought Lost as soon as the album becomes available on the Bindrune Recordings’ BandCamp and webstore in digital format or as a red vinyl (limited to 500 copies). As a matter of fact, if you’re an admirer of Atmospheric Black Metal, I’m pretty sure you’re already well aware of that, eager to have such inspiring album on your metallic hands.

Best moments of the album: Nights Tomb and The Everbright Land.