What are you waiting for to put your hands on one of the best and most professional Progressive Metal albums from the past few years? 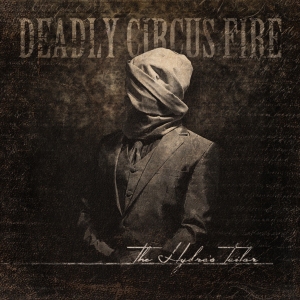 Described by renowned British magazine Metal Hammer as “one of the most imaginative and formidable” Progressive Rock/Metal bands available in the market today, London-based four-piece group Deadly Circus Fire will blow your mind with the high-end fusion of raw metallic riffs and complex melodies found in their brand new album entitled The Hydra’s Tailor, telling you stories and invading your psyche in a brilliant way. And especially if you’re addicted to innovative bands such as Tool and Mastodon, the music by these British guys is mandatory to your collection.

Formed in early 2009 in the UK, the band released a self-titled EP in 2010 and their first full-length album The King and the Bishop in 2013, both receiving excellent feedback from fans and critics due to the band’s unique progressiveness and melodic lines. In addition, they’ve already supported Welsh Alternative Metal/Hardcore Punk band Skindred on one of their European tours, counting it among their career highlights so far. Of course, nothing would have been possible if the musicians involved weren’t as skilled as they are, because in the end the music itself is what really matters, don’t you agree?

Now turn up the volume and you’ll feel the reverberation inside your mind while lead singer Adam Grant declaims some thoughtful words in the excellent intro In Darkness We Trust, right before Animal hits you like a bullet to the head so progressive and heavy it is. I love those songs where you can clearly listen to the powerful sound of a bass guitar, and the low-tuned lines by bassist Mike Enort are spot-on. Fans of Tool will go crazy with this song, as well as with Where It Lies, where its acoustic notes open the gates for more creativity and intricacy, providing the listener a good balance between heavier riffs and smoother vocals, closer to what Mastodon do but with a Metalcore touch. Not only that, a Dream Theater-ish voyage was chosen by the band to conclude the song, and once again kudos to Mike for a superb job with his bass guitar.

Victim, which starts in a truly wicked way, showcases powerful riffs by the amazing guitarist Save Addario while drummer Paul Igoe smashes his drums with so much talent it’s hard to explain it in just a few words. Besides, the sounding of bass and drums during the guitar solo is at the same time complex and pleasant, turning the song into one of the best moments of the album. And their vision of a devilish opera couldn’t sound more obscure and interesting than in Devil’s Opera, where Progressive Metal is flawlessly blended with Sludge Metal and tons of groove. I would love to see them replicating that sonority live one day, that should be great. 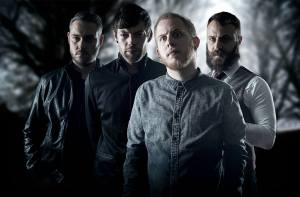 More Americanized than all previous tracks, especially the vocals by Adam, Rise Again is an excellent choice for an alternate rock n’ roll radio station, with the duo Save and Mike giving a progressive lesson with their strings. It’s heavier than lots of Death and Thrash Metal bands I know, with its second half being one of those weird trips that musicians like the guys from Deadly Circus Fire always have an awesome time playing. Then we have the calm instrumental intro Martyrs, introducing the listener to the superb House of Plagues, which despite starting in a very groovy way it morphs into a creepier and more violent tune, especially the vocals by Adam when he screams “Lies, lies, lies!”. Although totally insane and progressive, it’s at the same time an easy listen, with its lyrics matching perfectly with every single second of it.

Aeden is perhaps one of the most complete examples of Progressive Groove Metal you can find, with highlights to its wicked guitar lines enhanced by the complexity imposed by Paul on drums. Moreover, pay attention to how the chorus goes from smooth to harsh in a matter of seconds. The title-track The Hydra’s Tailor has a great atmosphere with a strong Doom-ish vein, and its melancholic lyrics guide the music to a heavy ending, followed by Turning the Tide, which proves once again that despite most songs surpass the 6-minute barrier that doesn’t mean they get tiring at all. The band yet again focuses on a musicality similar to the work done by Mastodon, in special the outstanding heaviness generated by Save and Mike with their guitar and bass lines. And guess what? The last track (and also the longest of all) entitled Universe is another feast of progressiveness and talent, where its semi-acoustic beginning marvellously evolves to a much darker sounding. You can sense the music is about to “explode” anytime but somehow the band intelligently prevents it from happening, holding (almost) all their anger inside and transmitting that excruciating pressure to the listener.

To be fair, it’s hard to find the right words to describe such complex and cunning music. With that said, in order to get more details about this work-of-art, you should check the band’s Facebook page or SoundCloud, and also listen to a promo of the album on YouTube. And if you’re more than convinced of the band’s capacity and are eager to buy The Hydra’s Tailor, simply go to iTunes or to the Musicarchy Media webstore to lay your metal hands on one of the best and most professional Progressive Metal albums from the past few years.

Best moments of the album: Animal, Victim, House of Plagues and Universe.

Worst moments of the album: The Hydra’s Tailor.