Behold the spawn of the scalding union between Pagan Black Metal and mysticism, crafted by an old school band from Poland that has risen from the ashes like a demonic phoenix. 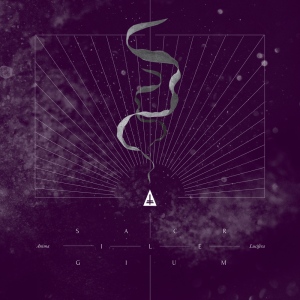 “I have known innumerable Gods
All ethereal and infinite…  the stars.
And I saw God in all the world’s substance
I saw that God is not the only God of the Ultimate Abyss…” – Faust, by Fernando Pessoa

Almost 20 years after the release of their debut album called Wicher, from 1996, Polish Pagan Black Metal warlocks Sacrilegium finally return with their second full-length opus, stylishly entitled Anima Lucifera. The album title, which translated from Latin means “soul of light”, refers directly to a line from a poem by Polish poet Leopold Staff, whose poetry also feature together with the works of important names such as W. B. Yeats and Fernando Pessoa in the fervent lyrics by the band’s lead singer, founder and mastermind Nantur (also known as simply “N”). With that said, you can already envision what you’ll find when you start listening to this excellent extreme music album.

Exploring occult themes which accompanied the band members at the beginning of their journey in the 90’s in Wejherowo, a town in northern Poland not far from the city of Gdańsk, but at the same time expressing the experience the band has gained over the past 20 years not only as musicians but also as human beings, Anima Lucifera offers a lot more to the listener than “just” traditional Black Metal. This esoteric content can be seen already on the artwork by underground designer Marcin Lojek (Thaw, Nadja, Sunrise), building a connection between Sacrilegium’s aggressive past and their arcane and freakish present (and future).

And Sacrilegium actually start the opening track, Preludium / Heavenwings Shrugged, in a completely different way from their 1996 debut, sounding very esoteric, but that’s just until their crude and vicious old school Black Metal feast begins, with the bestial riffs by guitarist Suclagus (or simply “S”) shining amidst the blast beats fired by drummer R. A similar pattern is found in Angelus (Anima Lucifera), where an angelical ambience brings comfort to our hearts in a less ferocious rhythm with some elements of traditional Heavy Metal and even Gothic Metal added to it. The harsh snarls by N and the awesome solos by S make this tune one of my favorites of the entire album, with its second half exploding into brutal Black Metal for the total delight of fans of the genre. 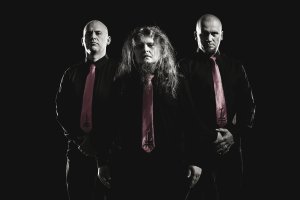 Their eccentric and occult vein keeps flourishing in Mare Tenebrarum by blending mysticism with sheer barbarism, and if you love the disturbing sound of Black Metal drumming I can assure you what R provides in this chant is exactly what you’re looking for. Also more melodic than usual, The Serpent Throne showcases a passionate and flammable performance by the entire band, with its spot-on background keyboards increasing its effectiveness. Once again, the music morphs into a violent tune and the band’s characteristic uproar returns at full force, haunting us all until its fiendish ending connects with the next track, entitled …and Soul. A solid riffage and a smooth piano lead the sounding on the first half of the song, and following the band’s distinct “formula” they fire Black Metal like there’s no tomorrow after a short while with highlights to the cavernous growls by N.

Venomous Spell Of Fate transpires brutality and despair from the very first second, with some nice breaks added to provide more intricacy to the overall result. Moreover, R is on his beast mode behind his drum set, contributing to boost the malignancy found in this bestial chant. And following that sonic massacre, dissonant noises kick off the chthonic tune named Desiderium Immortalis, where N offers some possessed screams throughout the whole song. It’s sheer Black Metal with nothing truly remarkable in it, but at least it keeps the album at a good level of quality. Lastly, how about an 8-minute feast of demonic growls, blast beats and guitar riffs played at the speed of light to conclude Anima Lucifera? This is what you’ll be able to enjoy in Anima Lucifera / Epilog, with N leading some sort of black mass so demented his harsh screams are. Thus, when the music is over we have three minutes of obscure and eerie passages similar to how the album started, closing the Black Metal circle generated by Sacrilegium.

Do you want to know more about this old school Polish institution and their rousing Pagan Black Metal? Simply go check their Facebook page for more information on the band, and buy your copy of Anima Lucifera at their BandCamp page or at the Pagan Records’ BandCamp page to truly feel how boisterous and esoteric they can sound at the same time. Sacrilegium offer the perfect marriage between Extreme Metal and mysticism, and they want you to behold the spawn of this scalding union through their devilish music.

Best moments of the album: Angelus (Anima Lucifera), The Serpent Throne and Venomous Spell Of Fate.