Like a firestorm crossing the desert valley, here comes the unstoppable Algerian dark angel of Death Metal armed with a brand new and crushing concept opus. 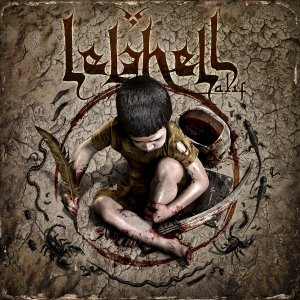 The unstoppable Algerian dark angel of Death Metal known as Lelahell is finally back with a brand new opus titled Alif, the follow-up to their 2014 pulverizing album Al Insane… The (Re)Birth Of Abderrahmane, containing 10 tracks of unrelenting Death Metal riffs with an Algerian folklore accent, combined with fast blast beats and technical rhythms. Spearheaded by Redouane Aouameur on vocals, guitars and bass, an iconic figure of the Algerian metal scene (as you can see on Highway To Lelahell – An Algerian Metal Documentary), and supported by the ruthless German drummer Hannes Grossmann (Necrophagist, Obscura, Alkaloid, Blotted Science, Hate Eternal), Lelahell are ready to take the world of heavy music by storm once again, with the music found in Alif cementing even more their already solid path of destruction.

Each Lelahell release is conceptually linked to the character of Abderrahmane, yet focusing on another evolutionary step – another chapter in his own book. Featuring a classy cover artwork by Björn Gooßes from Killustrations (who has already worked with bands like Wolfheart, Motorjesus, Amon Amarth, Death Angel and Sodom, among several others), Alif focuses on Abderrahmane’s first steps in his new life, just like a child learning to speak and walk, learning about the world around him full of foes and fears, and that’s why Abderrahmane needs to save himself from those dangers. Musically speaking, Alif is like a firestorm crossing the desert valley, leaving you disoriented due to its endless heaviness, furious speed and undisputed rage, which together with the album’s intricate concept turns it into a must-have for any diehard fan of old school Death Metal.

And Hannes provides his welcome card by pounding his drums manically in the opening tune Paramnesia, being quickly joined by Redouane and his pulverizing riffs and bass punches. However, it’s when he starts barking the song’s lyrics that things get serious in this sonic havoc that lives up to the legacy of brutal and technical Death Metal, showcasing intricate drums and wicked guitar solos. Then a headbanging riffage ignites another belligerent and absolutely devastating tune by Lelahell, named Ignis Fatuus, with the sound of the guitar being insanely heavy, strident and therefore awesome. Furthermore, try following the lyrics along with Redouane (“A delusion, great confusion, foolish fire, Ignis Fatuus / Hallucination, false impression, false hope, Will o’ the wisp / A Fantasy, at first sight, strange light, Ignis Fatuus / It is just an erroneous perception of the reality”); whereas Thou Shalt Not Kill is a cinematic, epic bridge to the imposing hymn Ribat Essalem, where the duo showcases all their skills by blasting slashing riffs and solos, stone-crushing beats and classic demented Death Metal vocals, resulting in a circle pit-catalyst that will please all fans of the genre. 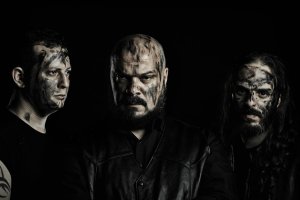 Adam the First gets closer to what they did in their previous album, which means a darker sonority and deeper guttural vocals, also presenting a smashing vibe led by Hannes and feeling at times like that type of Progressive Death Metal commonly found in the United States (but infused with elements from Redouane’s homeland), followed by The Fifth, another brutish display of classic Death Metal by Lelahell where the infernal and demonic growls by Redouane take the song’s malignancy to a whole new level, while Hannes doesn’t stop smashing his drums for a single second. And in Insiraf / Martyr, groovy beats initiate a vile and bold feast of cavernous sounds spearheaded by the uproarious riffs and bass lines by Redouane, with Hannes bringing his usual heavy artillery to support the band’s mastermind in his quest for Death Metal.

An ominous start suddenly morphs to a battering ram of Technical Death Metal made in Algeria in Litham (The Reach of Kal Asuf), with the Algerian nuances bringing a welcome extra flavor to the musicality while Redouane declaims the song’s lyrics in a devilish way (“A dominant symbol of their entity / The veiling of the men is an ancient custom / The origin remains obscure and conjectural / One fold is brought across the face to form the veil / The cloth is wrapped around the head / Touaregs and nomads, wearing those clothes to cover their faces against the desert storms.”). Then setting fire to the music with his lancinating riffs, Redouane kicks off a short and extremely vile Death Metal extravaganza titled Parasits, blasting sheer aggression and hatred in the name of extreme music. Lastly, Redouane’s coup-de-grâce comes in the form of an obscure and crisp Death Metal tune named Impunity of the Mutants, with Hannes sounding like a thunderstorm in the background. Very technical, detailed and full of layers, this is a must-listen for newcomers to the cataclysmic world of Lelahell, presenting sick bass lines and bestial beats that together flow powerfully into an epic finale.

If you have what it takes to enter the realm of crushing Death Metal ruled by Redouane and his Lelahell, you can check what the band is up to on Facebook and listen to more of their music on YouTube, and purchase your copy of Alif (available for a full listen on Spotify) from their own BandCamp page or Big Cartel, as well as from iTunes, Amazon or Discogs. In addition, although I’m not sure who’s responsible for the drums on their live concerts after the departure of Slaveblaster in 2016 (but something tells me he’s still playing with the band somehow), the multi-talented Redouane together with bassist Ramzi Curse (who replaced Nihil in 2015) are indeed a live act, proudly carrying the flag of Algerian and African metal wherever they go, and if I were you I would definitely keep an eye on their agenda for concerts not only in Algeria, but anywhere else where good Death Metal is appreciated. Well, I guess I don’t need to say what you should do if you don’t support Lelahell, right?

Best moments of the album: Paramnesia, Ribat Essalem and Impunity of the Mutants.