Open your mind to the groovy and heavy music by this Hungarian act and you might survive the transmission. 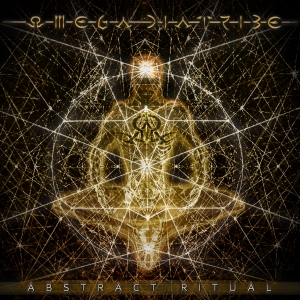 There’s a secret ancient writing stem from an unknown alien civilization, a contract between Humans and Aliens about the use of the planet Earth that states Humans could only use the Earth in a limited time, and when our time is over they’ll come back and take us to a higher level planet. However, only the open-minded people could survive the transmission. The government calls it Omega Diatribe, which is also the name of an amazing Hungarian Extreme Groove Metal band formed in Budapest in 2008 by guitarist Gergő Hájer and bassist Ákos Szathmáry.

After the release of their first promo track Forty Minutes, in 2012, and their debut full-length album entitled IAPETVS, in 2013, those Hungarian metallers return stronger than ever with a brand new EP called Abstract Ritual, where they not only keep delivering groovy polyrhythmic metal music, but they also continue their persevering trek through the limitless potential of the human mind. In other words, it’s another auspicious case of elaborate Heavy Metal permeated by an enthralling concept, and if you are a habitual reader of The Headbanging Moose you know how much we value that type of work.

That futuristic view of the world, as well as the power of the human psyche, are already explicit in the modern Thrash/Groove Metal of the opening track Subsequent Phase, with the resonant bass lines by Ákos adding a lot of power to the music. In addition, lead singer Gergely Komáromi translates the message of the lyrics into sheer aggression with his growls, enhanced by the clean and professional production of the album. Right after that promising start, it’s time to get even more barbaric and bang your fuckin’ head to the dark throbbing tune Extrinsic, which offers the listener very thoughtful lyrics despite all the violence found in it (“Don’t push me / Let me decide the fate of body / Questions remain unanswered / Leave vigor for my time / That included doubts / And eternal uncertainty”). Moreover, guitarists Gergő Hájer and Attila Császár deliver those eerie riffs perfect for this type of contemporary metal music, building a much stronger atmosphere that ends up elevating the overall quality of the song.

In Hydrozoan Periods, the band continues the upbuilding of their high-end metal music, with progressiveness and heaviness walking hand in hand. The last part of the song showcases all the anger and skills of the musicians, with highlights to Ákos and drummer Kevin Talley for the cohesive sonority they put up together. The title-track Abstract Ritual is another groovy and heavy feast, showcasing once again the aptitude those guys have for delivering an interesting concept through their lyrics (“How could it be absorbed in the mind when I’d concealed my senses? / And it returns. / It’s me sitting around the sun with these beings / I’d sunk the key for my projections into a cube and swallowed / To attach the new molecules / To be the eye”), not to mention the great performance by Gergely, who puts his heart and soul into singing and screaming those beautiful lyrics. 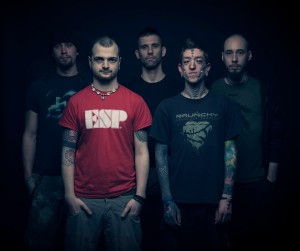 And in order to provide the EP a fresh ending, Omega Diatribe present the instrumental track The Quantum, where the main ingredient is a very interesting speech by the illustrious American esoteric philosopher Terence McKenna, and an alternate version for Unshadowed Days, from their 2013 debut album IAPETVS, which sounds like a completely brand new song to my ears. I personally prefer this new version especially in terms of sound quality and the extra layers of complexity added to it, but you can listen to the original one HERE and take your own conclusions.

There are countless ways to know more about Omega Diatribe and keep in touch with the band, either through their Facebook page, YouTube channel, SoundCloud and, of course, by buying their music at their BandCamp page or at the 515 Studio website. Open your mind to the music in Abstract Ritual, listen and absorb, and you might become part of the selected ones who survive the transmission.

Best moments of the album: Extrinsic and Abstract Ritual.

* Drummer Tommy Kiss joined Omega Diatribe at the beginning of 2015.