The time is now for one of the pioneers of Canadian Hard Rock to strike again with their first studio release in 25 years. 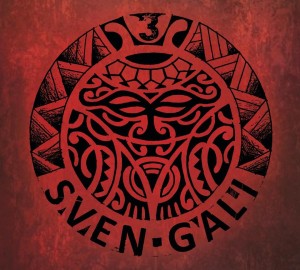 Formed in the distant year of 1987 in Niagara Falls, a Canadian city at the famous waterfalls of the same name, the old school unity that goes by the name of Sven Gali is known in for bringing the 80’s and 90’s Hard Rock and Heavy Metal wave to Canada, with their 1992 self-titled debut album leading them to play from coast to coast and across the United States and Europe for the following decade. Now in 2020, after a long recording hiatus that lasted from their 1995 album Inwire until the release of their 2018 single Kill The Lies, the band comprised of founding members Dave Wanless on vocals, Andy Frank on the guitar and Shawn Minden on bass, as well as newcomers Sean Williamson on the guitars and Dan Fila on drums, is ready to rock our world once again with a brand new EP simply titled 3, presenting a slightly new musical style flirting with modernized and edgy rock music while at the same time remaining loyal to their Hard Rock roots.

Those hard rockers don’t waste a single second and begin blasting a contemporary version of their classic sonority in Kill The Lies, with Shawn’s bass punches and Dan’s beats providing Dave all he needs to shine on vocals, followed by another straightforward Heavy Rock tune titled You Won’t Break Me, released as a single in 2019, with the guitars by Andy and Sean overflowing heaviness and groove, also feeling like a hybrid between the music by Motley Crüe and Alice In Chains while sounding a lot more alternative than their usual songs. Then it’s time to scream and shout with the boys in the electrifying Now, where Dave sounds amazing with both his high-pitched roars and his deeper vocals while his bandmates generate a dense and captivating ambience, also presenting sharper-than-a-knife guitar riffs and solos for our total delight; whereas the excellent Hurt is another groovy and melodic composition where Andy, Sean and Shawn smash their strings in great fashion accompanied by the pounding beats by Dan, also showcasing Dave’s heaviest vocal performance of the EP. Needless to say, as a longtime metalhead this is by far my favorite song of their comeback (and hopefully a path they will follow in the coming years). In addition, depending on what version of the EP you get, you might still be treated to an edited version of the song Now made to be played on any Rock N’ Roll radio station worldwide. 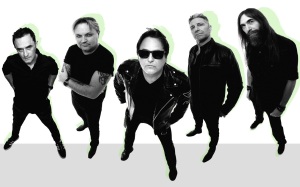 As a Canadian webzine that’s truly proud of all the amazing rock and metal bands from the Great White North, we at The Headbanging Moose are beyond thrilled with the return of Sven Gali not only to the stages in Canada and anywhere else in the world where good rock music is truly appreciated, but in special with the fact the band is writing and recording new music like what they have to offer us all in their new EP 3, marking the beginning of a new and exciting era for such important band of the Canadian rock and metal scene. Hence, don’t forget to follow the band on Facebook and on Instagram to keep updated on all things Sven Gali, including their tour dates, subscribe to their YouTube channel and visit them on Spotify for more of their music, and keep an eye on the RFL Records webstore because sooner than later the entertaining EP 3 will be available for purchase. The time is now for Sven Gali to rock our world once again, with their short and sweet brand new EP being a solid statement that although the band might have been gone for a while, they still have a lot of fuel to burn in the name of Rock N’ Roll.

Best moments of the album: Now and Hurt.