Hailing from Western Australia, an infernal horde returns with more of their ancient and inscrutable Black Metal in the form of the mightiest album of their career. 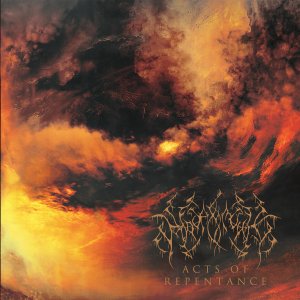 Back from the hellish pits of Perth, Western Australia with the mightiest album of their career, the excellent Acts of Repentance, a ruthless Black Metal horde known as Wardaemonic has gone from strength to strength in their new album, incorporating slower, dissonant parts that work brilliantly when contrasted with their trademark “ancient and inscrutable Black Metal”. Furthermore, the band comprised of Maelstrom on vocals and drums, Anharat and Lord Bane on the guitars and Blitz on bass and synths offers fans of the music by iconic names such as Immortal, Marduk, Watain and Dark Funeral, among others, everything we crave in classic Black Metal, feeling uncompromising and steely in its approach while backed with enough experience to make the entire album memorable and also intriguing for the listener to keep coming back to it for more. Featuring a sulfurous artwork by French artist Leoncio Harmr (Eternal Storm) and layout by Finnish artist Turkka Rantanen (Paganizer, Demilich), Acts of Repentance is not only a fantastic addition to the band’s discography, marking their fourth full-length opus and the follow-up to their 2015 installment Obsequium, but also a must-have release for anyone who respects and admires underground Black Metal from the bottom of their (evil) hearts.

Dragging our souls to their Stygian Australian lair, the quarter begins their devastating Black Metal onrush in the first of the album’s five acts from hell, Act I – Introspection, where Maelstrom sounds beyond infernal with both his blast beats and devilish vociferations, resulting in a lecture in old school Black Metal clearly inspired by the genre’s infamous Scandinavian sound. Not only that, Anharat and Lord Bane will penetrate deep inside your psyche with their crushing riffage, and if you survive such demented and vicious display of extreme music you better get ready for another ass-kicking tune titled Act II – Admission, offering the listener nine minutes of blackened sounds and cryptic passages where those four black metallers from Down Under don’t stop hammering their instruments for our total delight. Moreover, Blitz makes the earth tremble with his bass lines and diabolical synths, helping the music flow as darkly and aggressively as it can be until the very end. 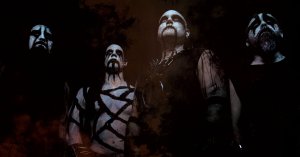 Then an absolutely atmospheric and phantasmagorical intro ignites the 12-minute aria entitled Act III – Castigation, morphing into a disruptive and evil sonic feast led by Maelstrom and his unstoppable blast beats and also bringing elements of primeval Doom Metal and Blackened Doom to our avid ears, not to mention the strident riffs and endless rage flowing from Maelstrom’s inhumane gnarls, sounding multi-layered, dense and utterly impactful. Another grim and captivating ambience brought forth by Wardaemonic is suddenly replaced by an avalanche of violent Black Metal titled Act IV – Sufferance, where the somber vocalizations by Maelstrom make an interesting paradox with his trademark deep roars while the band’s guitar duo continues to breathe fire from their stringed weapons. And ending the album in the most brutal and demolishing way we have Act V – Repentance, an unrelenting display of traditional Black Metal infused with Melodic and even Atmospheric Black Metal nuances. Your mind will be destroyed by the stunning riffs by both Anharat and Lord Bane accompanied by Blitz’s thunderous bass punches, concluding the album’s five acts on a truly high note.

The gates to the underworld of Australian metal are open once again thanks to Wardaemonic and their wicked new opus Acts of Repentance, available for a full listen on YouTube and on Spotify, and in order to join those talented metallers in their quest for Black Metal simply follow them on Facebook and on Instagram, and purchase your copy of the album from their own BandCamp page, from the Transcending Obscurity Records’ webstore in CD format or as an amazing autographed CD boxset, or from Apple Music. After such pulverizing opus of Extreme Metal, I bet you’re eager for more of the music by Wardaemonic, and I’m quite sure we won’t have to wait for another five excruciating years to hear again from one of the most talented and solid metal acts coming from Australia, darkening the skies and our souls with their undisputed Black fuckin’ Metal.

Best moments of the album: Act I – Introspection and Act III – Castigation.