Feeding on sickness, unbearable oppression and blind violence, here comes a cryptic Australian entity armed with their new EP blending a multitude of influences and sounds. 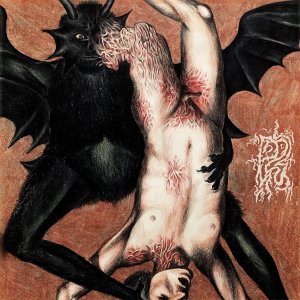 Feeding on sickness, unbearable oppression and blind violence, the brand new EP by Australian Black/Death Metal entity Ploughshare, entitled Tellurian Insurgency, is the perfect depiction of what this mysterious band hailing from Canberra, the capital city of Australia, stands for, always with open arms to a multitude of influences and sounds in order to serve a greater purpose, including Black, Death and Doom Metal mixed with Noise Rock, Post-Punk and even the darkest offshoots of Electronic Ambient. In the span of a little over 22 minutes, Ploughshare’s music flows impetuous and intense in Tellurian Insurgency, the natural follow-up to their 2018 full-length album In Offal, Salvation. Recorded and mixed by Elliot Johnson and Max Napier, mastered by MR and featuring a demonic artwork and layout by JR and RT, the new EP by this idiosyncratic Australian horde is not an easy listen at all for the average rock and metal fan, representing the band’s urge to reinvent themselves and bring something new to the listener with each and every album released, never sticking to a specific formula or style. “Ploughshare is what occurs when we come together as a band,” they explain. “We all bring material, but this will always undergo transformation once we’re together. The music emerges contingently, and in a manner that makes it impossible to inscribe our wills into it. We might all contribute, but we are equally all caught up in it.”

Ominous noises explode into sheer madness and chaos in the opening track Abreactive Trance, a demented voyage through the realms of Experimental Black Metal showcasing enraged vociferations, slashing guitar riffs and infernal blast beats, reeking of desperation and insanity while the music lives up to the legacy of modern-day extreme music. Then we have Indistinguishable Beast of Flight, even more experimental and progressive, with its vocal lines reaching a new level of dementia while the guitars sound utterly strident and piercing, or in other words, get ready for a multi-layered metal extravaganza that will please all fans of heaviness and noise, all spiced up by the gargantuan amount of intricacy flowing from the song’s beats and fills. In Offal, Salvation (Andrew Nolan Re-mix), a new and interesting version for the title-track of their 2018 full-length opus, the disturbing and roaring sounds blasted by the band are infused with electronic noises and tones, resulting in a fresh and futuristic musical experiment albeit a the same time maintaining the core violence of the original version, whereas Xeno-Chemical Insider is another eerie composition by the band that sounds a lot more electronic than metal, which I’m pretty sure was the band’s original goal with this song.  Simply close your eyes and let Ploughshare penetrate deep inside your skin with their deranged screams, rhythmic beats and endless obscurity until the song’s ethereal and somber finale.

Although Ploughshare might be considered an unknown creature by many, you can still get in touch with them on Facebook to let them know how crazy you think their music is, and in order to show your support to this eccentric squad hailing from Australia you can purchase Tellurian Insurgency directly from their own BandCamp or from several other locations in different formats, such as the I, Voidhanger Records’ BandCamp, the Brilliant Emperor Records’ BandCamp and Big Cartel, and the Metal Odyssey webstore. It’s almost impossible to predict what’s next for Ploughshare, but judging by the creativity and cohesiveness of the music found in the short but extremely diverse and thrilling Tellurian Insurgency, we can rest assured those metallers from Down Under won’t stop impressing us with their demented creations in the coming years.

Best moments of the album: Indistinguishable Beast of Flight.