The best, darkest and most detailed album by one of the pioneers of Gothic and Doom Metal. 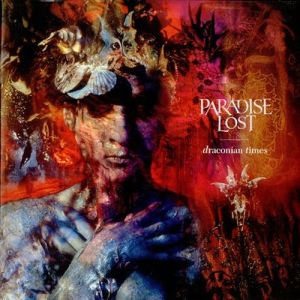 I remember when I was a teenager that there was a stupid “urban legend” about the album Icon, by British Gothic/Doom Metal band Paradise Lost, selling more copies worldwide than Metallica’s Black Album. We all know that was pure bullshit, but one thing was true: with the albums Icon and especially Draconian Times, Paradise Lost became one of the most respected bands of the 90’s, being recognized as one of the pioneers of Gothic/Doom Metal and appearing as one of the main attractions in many festivals all over the world, something not seen very often taking into account the dark and sluggish music played by the band.

Draconian Times, as any other album from a similar genre and/or style, is not an easy product to be assimilated, mainly due to its obscure and depressive themes, and of course, its slow pace (you shall never expect to hear some fast drums in a Gothic song, my friend). However, it’s a brilliant Heavy Metal album with several amazing moments, even if you’re not a big fan of this type of music. The first track of the album, Enchantment, is an excellent summary of the band’s music, with a beautiful piano intro and excellent riffs throughout the whole song. It’s a great mix of Gothic and Doom Metal, with particular highlights to Nick Holmes’ powerful voice and the song’s somber lyrics (“In depth grasp the chains / Struggle as the waters gain but I… / All I need is a simple reminder) and eerie atmosphere.

The second track, Hallowed Land, is what we can call pure Doom Metal,  while The Last Time became an instant hit with its faster than usual rhythm and lyrics and chorus tailored for being sung loud by all fans at their shows (“It’s a cruel misfortune / Forbidding us to see / When stories may collide / It’s a sad state of mind / Heart’s beating… / Heart’s beating for the last time”). This might be considered their biggest hit, despite its a more commercial approach not being well digested by their diehard fans. Then we have Forever Failure and its lyrics that deal with the constant losses in our lives, a very depressive and slow song not recommended for people who have some kind of suicidal tendencies. Once Solemn closes the first part of the album in a brilliant way, being a fast tune with a very good rhythm, and more Heavy Metal than any of the other songs (sometimes even sounding like Metallica). 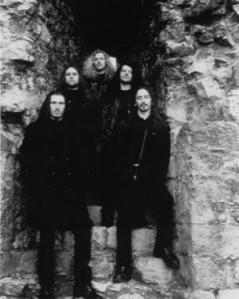 If Draconian Times was comprised of only its first five tracks, it would have deserved a flawless 5.0. However, after that the album loses a little its energy and creativity, but nothing that makes it less compelling. Shadowkings has nice riffs and its pace is good, albeit not enough to outdo the previous songs, while Elusive Cure, sounds extremely Gothic, eerie and deep. The following track, called Yearn for Change, showcases an obscure but pleasant rhythm, while Shades of God goes back to the more melancholic approach of “Elusive Cure”, despite not being as solid and entertaining. Finally, we have Hands of Reason, with a very beautiful guitar solo embellishing its overall result, followed by the sluggish and damned I See Your Face, and the final track, Jaded, which is extremely melancholic and another good example of how slow and somber the union of Gothic and Doom Metal can be.

Many different special editions of Draconian Times have been released since the original version in 1995, all of them with some bonus songs, videos and other shenanigans. In addition, there’s a live album called Draconian Times MMXI, where the band plays the album in its entirety. If you cannot find any of the fancier versions of it, I suggest you at least search for the one that comes with The Sisters of Mercy cover Walk Away. It’s an amazing version for this classic song that’s worth the extra investment without a shadow of a doubt.

The front cover is beautiful and makes a great connection with the music in the album, representing all the sadness and sorrow found in the lyrics and rhythm. Another important thing is that despite being considered a Gothic band by many, very few songs have over 5 minutes in Draconian Times, making the album more “commercial” or at least easier for the radio stations at that time and MTV to play some of the songs during any of their daily programs. Those were good times when Rock N’ Roll and Heavy Metal were respected and admired, with Paradise Lost being competent (and lucky enough) to enjoy some fame in the world of mainstream music even playing mournful and unhappy sounds.

Best moments of the album: Enchantment, The Last Time, Once Solemn and Walk Away.

Worst moments of the album: Shades of God.

Released in 1995 Music For Nations